Located northern of Bay Area, Redwood City's history spans its earliest inhabitation by the Ohlone people to being a port for lumber and other goods. The county seat of San Mateo County in the heart of Silicon Valley, Redwood City is home to several global technology companies including Oracle, Electronic Arts, Evernote, Box, and Informatica. The Port of Redwood City is the only deepwater port on San Francisco Bay south of San Francisco.

Redwood City incorporated in 1867, being the first city in San Mateo County to do so; it has remained the county seat since the county's formation in 1856. The land had been part of the Rancho de las Pulgas granted to the Arguello family in 1835 by the Mexican government. Their control was challenged after the Mexican–American War when California became part of the United States. The family lawyer, Simon M. Mezes, in 1854 defended the claim somewhat successfully and was allowed to buy the part of the estate that is now Redwood City. Mezes sold some of the land to people already squatting on it along the banks of Redwood Creek and named the settlement "Mezesville." Though the city did not keep that name, Mezes Park still exists on land that Mezes had given for open space. In an attempt to revitalize Redwood City's downtown, city officials decided to look into development. In February 1999, the San Mateo County History Museum opened inside the old San Mateo County Courthouse in downtown Redwood City. The courthouse had been built in 1910 and in the late '30s an addition was built in front of the original structure, obscuring the view.

The city is divided by Highway 101 and further inland El Camino Real on the northwest/southeast axis and Woodside Road on the north-northeast/south-southwest axis.  The elementary and middle schools operated by the Redwood City School District. At the high school level it is part of the Sequoia Union High School District. Redwood City has one state community college. 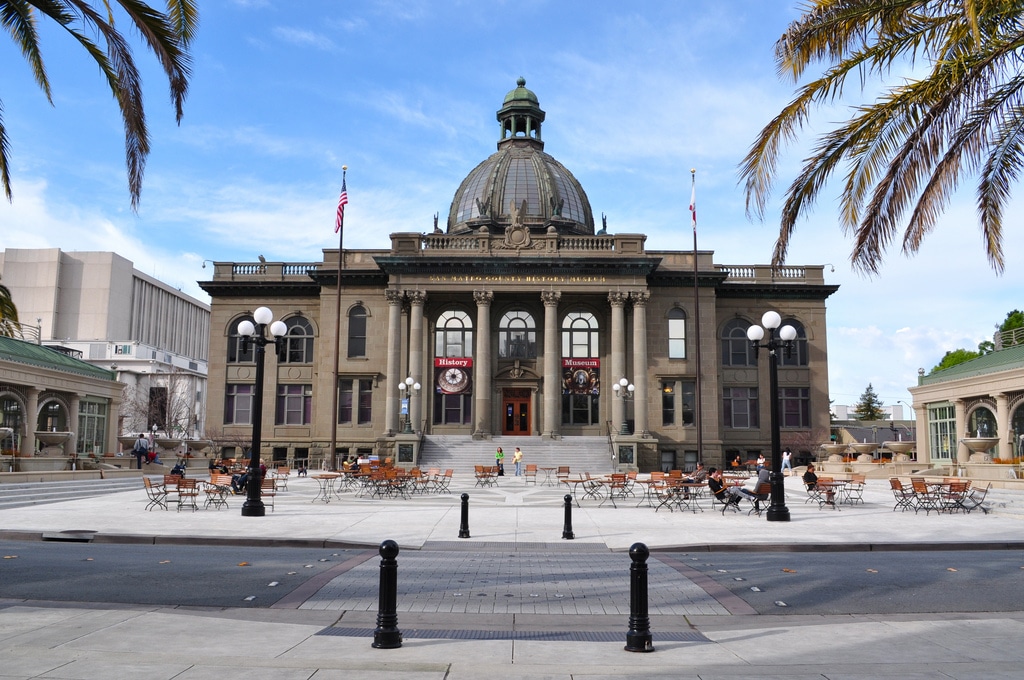