As a major West Coast port city, Oakland is the largest city in the East Bay region of the Bay Area, the third largest city overall in the Bay Area.  Oakland's territory covers what was once a mosaic of California coastal terrace prairie, oak woodland, and north coastal scrub. Its land served as a rich resource when its hillside oak and redwood timber were logged to build San Francisco. Oakland's fertile flatland soils helped it become a prolific agricultural region. In the late 1860s, Oakland was selected as the western terminal of the Transcontinental Railroad. Following the 1906 San Francisco earthquake, many San Francisco citizens moved to Oakland, enlarging the city's population, increasing its housing stock, and improving its infrastructure. It continued to grow in the 20th century with its busy port, shipyards, and a thriving automobile manufacturing industry.

Oakland has more than 50 distinct neighborhoods. The city's greater divisions include downtown Oakland and its greater Central Business District, Lake Merritt, East Oakland, North Oakland, West Oakland, and the Oakland Hills. East Oakland, which includes the East Oakland Hills, encompasses more than half of Oakland's land area, stretching from Lakeshore Avenue on the east shore of Lake Merritt southeast to the San Leandro border. North Oakland encompasses the neighborhoods between downtown and Berkeley and Emeryville. West Oakland is the area between downtown and the Bay, partially surrounded by the Oakland Point, and encompassing the Port of Oakland. In 2011, Oakland was ranked the 10th most walkable city in the United States.

The greater Oakland area has the fifth largest cluster of "elite zip codes" ranked by the number of households with the highest combination of income and education. 37.9% of residents over 25 years of age have bachelor's degree or higher. The city continues to grow with its busy port, shipyards, and a thriving automobile manufacturing industry. Oakland has a significant art scene and claims the highest concentration of artists per capita in the United States. In recent years, Oakland has gained national recognition as a travel destination. The Oakland Unified School District (OUSD) operates most of Oakland's public schools. There are several religious and secular private high schools. 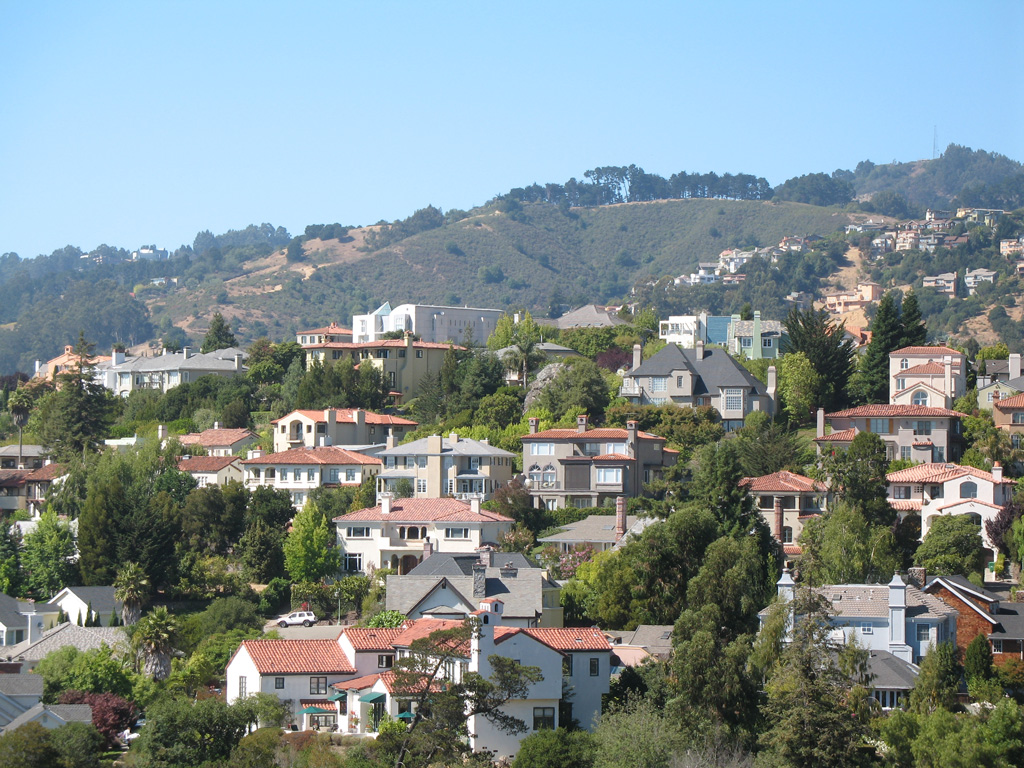