Located in Santa Clara County, California, in Silicon Valley, Mountain View was named for its views of the Santa Cruz Mountains.  Mountain View has developed from its origins as a stagecoach stop into one of the principal cities of Silicon Valley. In 1956, Shockley Semiconductor Laboratory, the first company to develop silicon semiconductor devices in what came to be known as Silicon Valley, was established in the city by William Shockley. Today, many of the largest technology companies in the world are headquartered in the city, including Google, Mozilla Foundation, Symantec, and Intuit.

Mountain View is one of the major cities that make up Silicon Valley, and has many notable Silicon Valley companies either headquartered there or with a large presence. As of 2018, major tech companies such as Google and Mozilla were headquartered in Mountain View. In 2018, the comparison site CareerBliss ranked the city number 1 in the United States on its list of Happiest Cities to Work for 2018. The Downtown Mountain View Station is the transit center for the city, connecting the public commuter rail, light rail, bus, and private shuttle systems. Mountain View is served by the Caltrain commuter rail system, which runs from San Francisco to Gilroy. The city is also served by the Santa Clara Valley Transportation Authority (VTA), which operates various bus lines and the light rail system. MVgo is a free shuttle service that runs three routes throughout Mountain View beginning and ending at Downtown Mountain View Station during morning and evening commute hours. Many large local employers (including Google, Microsoft, Apple Inc., and NASA Ames Research Center) operate employee shuttles that stop at the Downtown Mountain View Station. There is also a free community shuttle bus that serves 50 stops within Mountain View. 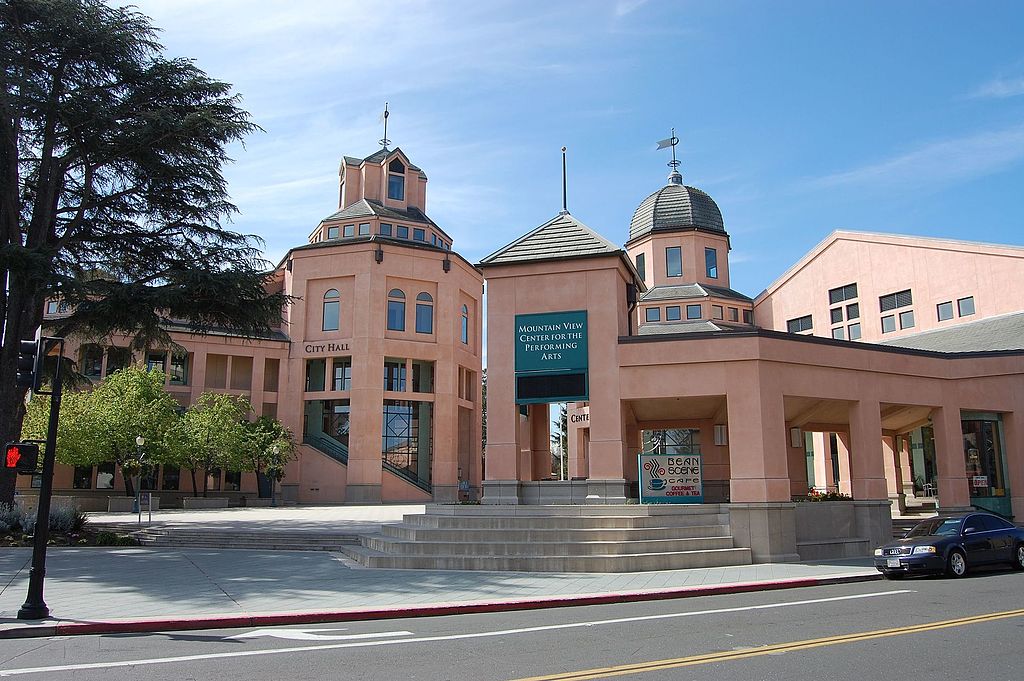