Located at the eastern edge of San Mateo County, in the San Francisco Bay Area of California, in the United States. The area of Menlo Park was inhabited by the Ohlone people when the Portolá expedition arrived in 1769. It is bordered by San Francisco Bay on the north and east; East Palo Alto, Palo Alto, and Stanford to the south; Atherton, North Fair Oaks, and Redwood City to the west. Menlo Park is one of the most educated cities in the state of California and the United States; nearly 70% of residents over the age of 25 have earned a bachelor's degree or higher. The city is home to the corporate headquarters of Facebook and where Google and Round Table Pizza were founded.

Menlo Park is long and narrow on a northeast to southwest axis. The northeast portion borders the San Francisco Bay and includes the Dumbarton Bridge that connects Menlo Park to Fremont on the east side of the bay. The city shoreline includes the city's largest park, Bedwell Bayfront Park 160 acres and the Don Edwards San Francisco Bay National Wildlife Refuge. San Francisquito Creek marks much of the southeast border of the city. West Menlo Park (not part of the city despite its name) along Alameda de las Pulgas nearly separates the southwestern part of the city (known as Sharon Heights) from the rest. The extreme southwest is clipped by Interstate 280. The city is one of the most educated cities in the state of California and the United States; nearly 70% of residents over the age of 25 have earned a bachelor's degree or higher. Much of Menlo Park's economy revolves around the companies on Sand Hill Road, consisting of venture capital, private equity, financial services, law firms, and other professional service companies and investment vehicles focusing on technology. Since 2012, Facebook has become the biggest employer. 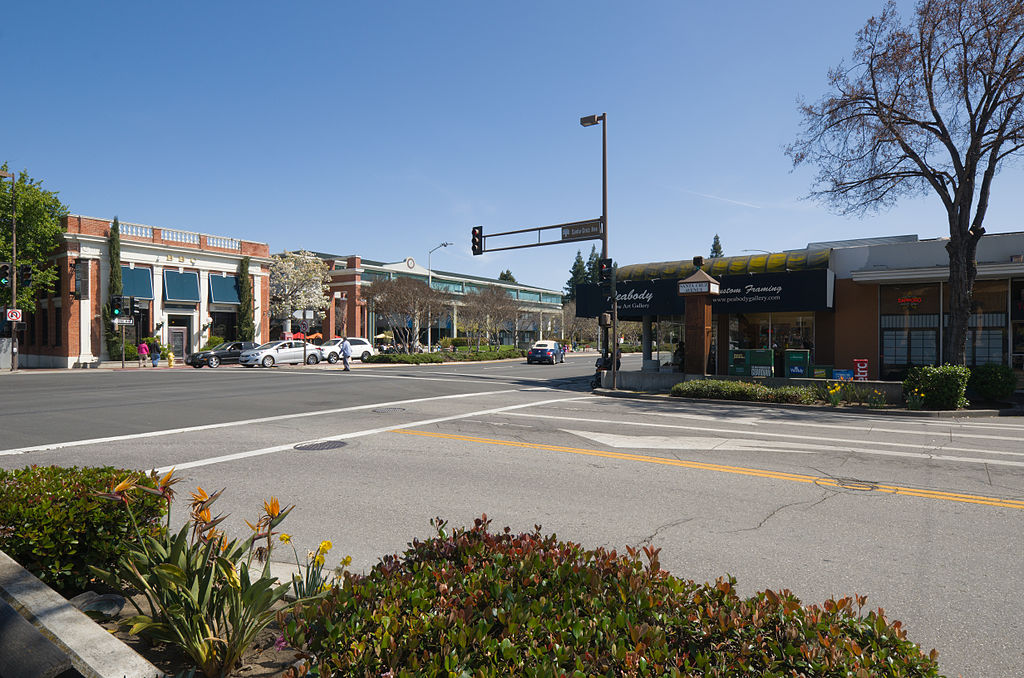