Located in Santa Clara County, California, in northern Silicon Valley, in the San Francisco Bay Area, Los Altos means "the heights" in Spanish. The area was originally called Banks and Braes. Paul Shoup, an executive of the Southern Pacific Railroad, and his colleagues formed the Altos Land Company in 1906 and started the development of Los Altos. The company acquired 140 acres of land from Sarah Winchester. Shoup wanted to link Palo Alto and Los Gatos by making Los Altos a commuter town. It continued a train-a-day operation to and from San Francisco. In 1908, Southern Pacific Railroad began running steam train service through Los Altos (April 19, 1908) with five trains per day. Two freight cars served as train depot. Also, the first commercial building, Eschenbruecher's Hardware, was built in downtown. In 1913, the craftsman-style Los Altos train station was built.

Los Altos is the fifth wealthiest city in the nation. The median household income for 2013–2017 was $208,309. The city strives to maintain a semi-rural atmosphere. Los Altos has few sidewalks except in commercial zones and along arterial roads. Minimum lot size for most residential housing is one-quarter of an acre. The downtown is a triangle with arterials and collector streets on all sides that enable most through traffic to bypass Main Street. Many Los Altos homes fetch $2 million and higher. 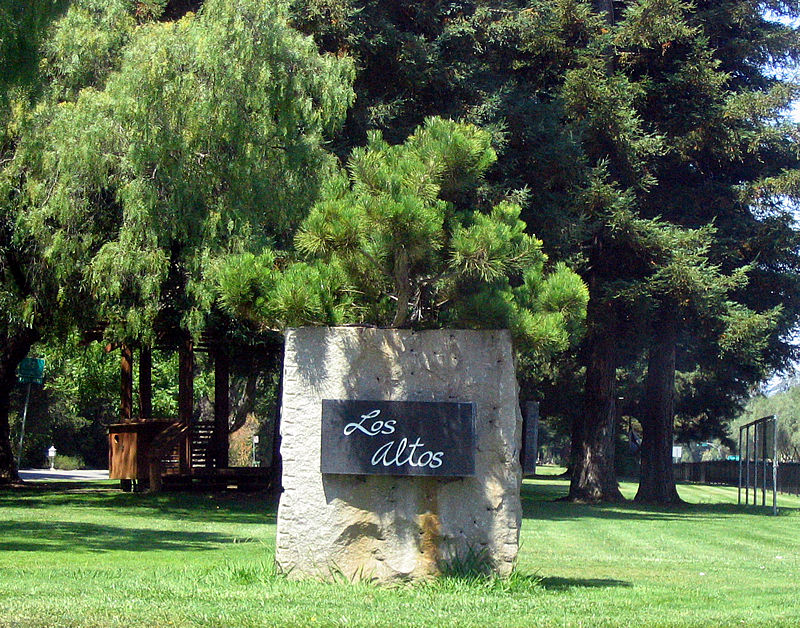